Milagros_pineda63@yahoo.es
Jose Martin #416-4
Fidel Claro y Santiago Escobar
Trinidad S.S. Cuba
After taking the 6 hour bus from Havana to Trinidad we arrived in a more chilled, sleepy town which was a much needed sea change from our two days in Havana.
Melagros, our host in the Casa Particulares we would stay for the next few nights welcomed us with open arms allowing us to eat, sleep and breathe in the experience of Cuban life.
Our perceptions of the sleepy town quickly dissipated as we realised our time in Trinidad coincided with an annual week of culture – where the main squares transformed into open-air theatres and lively performances.
However the open-air salsa dancing by the locals in the plazas was definitely the real cultural experience. The squares became jam packed around 3am with the moving gyrating bodies of the locals. Trying to keep up with their salsa was impossible for us mere mortals, but the experience was thrilling. 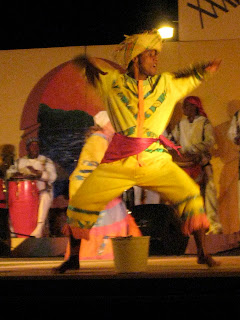 The next day we went with Javier – the son of the owner of the Casa Particulares for a 3 km trek to a waterfall called ‘Cascada Javira”. The freshwater waterfall was spectacular. Javier, being the native Latin daredevil coaxed all three of us into doing a 12-metre jump into the waterfall. Usually, I would be the first to step down, but the mix of the Latin spirit and sheer adrenalin allowed me to jump into the waterfall without any fear or regret. A completely gratifying experience.
On our return to Mexico from Cuba a very funny thing happened. The sight of lights, Burger King, pharmacies and commercialism made us feel totally overwhelmed. Cuba had let an impressionable impact on how we viewed the world that American tourists and the trimmings of our supposed “progressive” lifestyle felt contrived and excessive. Cuba had left us questioning our own comforts and what we were accustomed to.
On our last day in Cuba, our goodbyes to both Milagros and Javier were heart felt goodbyes to a family we had become a part of. But the beauty of the Spanish language makes it possible to transcend the reality of parting in its phrase used to communicate goodbye;
“Hasta luego” meaning ‘until we meet again ‘. 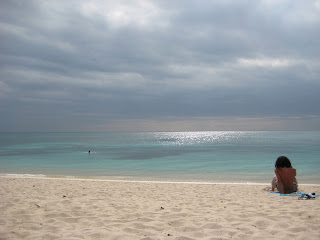 This phrase completely sums up my connection with Cuba leaving the impression that your return to the country is one of many.
at Sunday, March 06, 2011 No comments: